I was a reference librarian at the University of Mary Washington’s Library for more than 40 years, retiring in August 2020 as Reference and Humanities Librarian Emeritus.  It was a marvelous job, and I worked with wonderful colleagues and great students.  I had been planning on retiring at that point for some time, but leaving in the middle of the pandemic was, for me, a good thing, as I had always enjoyed in-person instruction and one-on-one help with students.  COVID, of course, changed all that, though I’ve managed here and there to come back to campus and meet with students and talk about some of my research and writing experiences. 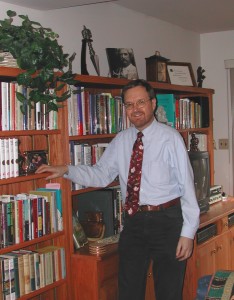 And those experiences continue.  My article, “‘He will do just what is best, no doubt’: William Hulbert’s Calculated Dismantling of the Chicago Base Ball Association,” was published in Base Ball 12: New Research on the Early Game (2021). Using original documents and primary sources, I detail how the baseball club president shut down the Chicago Base Ball Association so he could form the new Chicago Ball Club. By the way, My Before They Were the Cubs: The Early Years of  Chicago’s First Professional Baseball Team was published in 2019. I draw upon newspaper articles, books, archival records, and other resources to chronicle the team’s early years.

I am keeping busy in retirement with much research and writing.  My latest book, published by The History Press of Charleston, South Carolina (an imprint of Arcadia Publishing) is The Chicago Cub Shot for Love: A Showgirl’s Crime of Passion and the 1932 World Series. 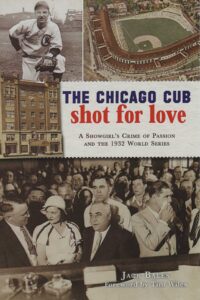 Here is a summary of the book, taken from the back cover:

“In the summer of 1932, with the Cubs in the thick of the pennant race, Billy Jurges broke off his relationship with Violet Popovich to focus on baseball.  The famously beautiful showgirl took it poorly, marching into his hotel room with a revolver in her purse.  Both were wounded in the ensuring struggle, but Jurges refused to press charges.  Even without their star shortstop, Chicago made it to the World Series, only to be on the wrong end of Babe Ruth’s legendary Called Shot.  Using hundreds of original sources, Jack Bales profiles the lives of the ill-fated couple and traces the ripple effects of the shooting on the Cubs’ tumultuous season.” 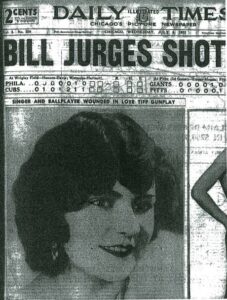 My original sources include newspaper articles, interviews, archival documents, court records, and never-before-published photographs.  This was front-page news in Chicago, and newspapers clamored to provide the latest.  Who was the “mysterious blond companion” seen with Violet?  Do her formative years provide any insights into what may have led her to confront Billy Jurges in his hotel room and swiftly pull a gun from her purse? Did Babe Ruth really “call his shot”? I cover all this and more in my book, and one thing is certain: with her own shots earlier that summer, a young Chicago woman unwittingly set in motion events that indirectly changed baseball history.

The shooting made Violet something of a legend, as well. Author Bernard Malamud rarely discussed the sources for his works, but it seems likely that this shooting—as well as the 1949 shooting of former Cub Eddie Waitkus—inspired him to include a passage in his 1952 novel, The Natural, in which a woman shoots ballplayer Roy Hobbs. The Natural and that scene continue to live on today, thanks to the hit 1984 motion picture starring Robert Redford as Hobbs.

I have what I think is a marvelous PowerPoint on Billy and Violet, and I have already set up both in-person and Zoom presentations.  The chairpersons of a couple of book clubs have told me that they intend to select The Chicago Cub Shot for Love for their members to read, and asked if I could lead the online discussions.  Of course I can!